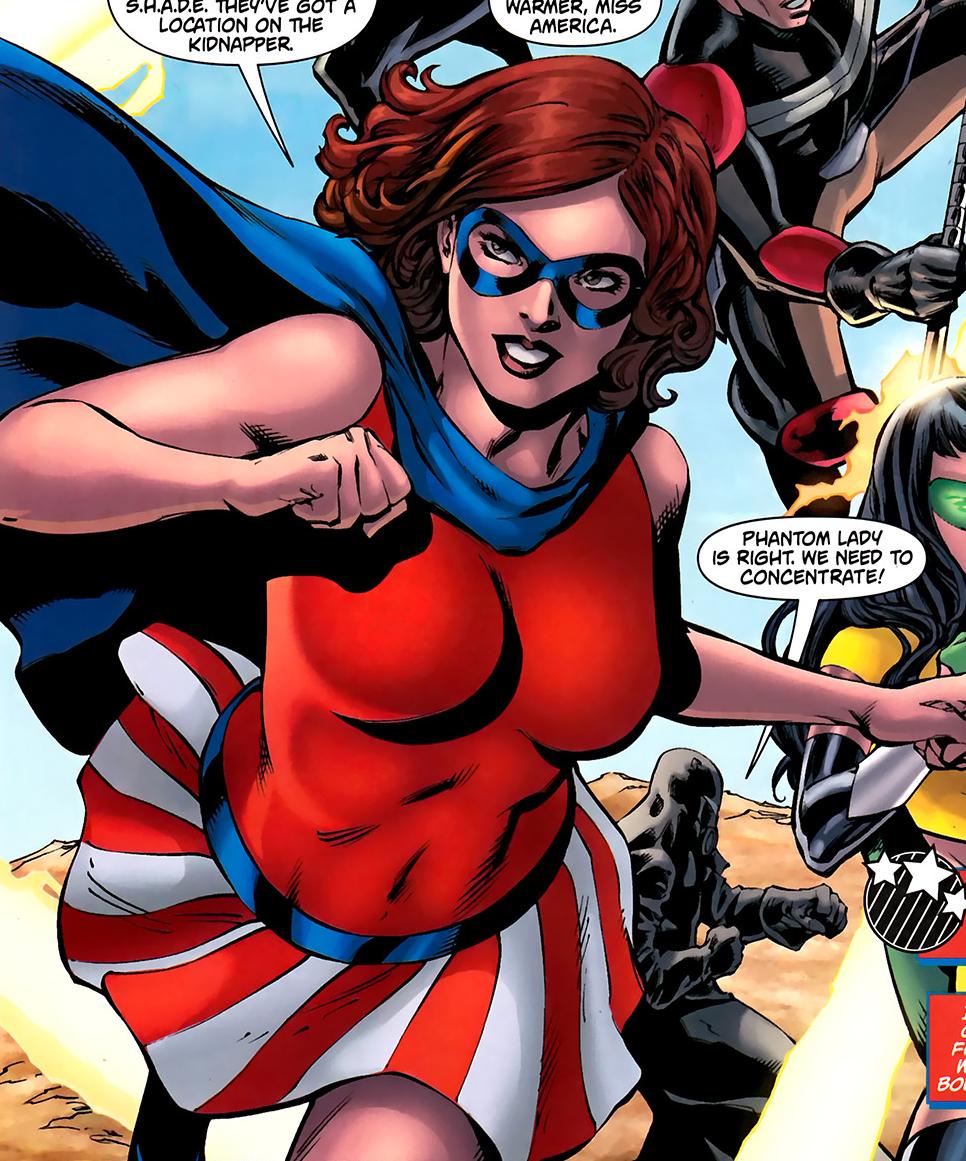 An interesting thing about Golden Age superheroes, is that even though some of them had "super strength", they would always end up getting KO'd from a blow to the head. Miss America is a prime example of this phenomenon (the other being Wonder Woman). She was a great superheroine though, always getting defeated and tied up.

Wikipedia:
Miss America (Madeline Joyce Frank) is a fictional Golden Age superheroine from the Marvel Comics universe. She debuted in Marvel Mystery Comics #49 (Nov. 1943), and was created by writer Otto Binder and artist Al Gabriele for Timely Comics, the 1940s precursor of Marvel.

An electrical discharge from an unknown experimental equipment gave Madeline Joyce the ability to levitate herself through psionic means. By using her levitation ability in connection with carefully planned leaps, Miss America could use her power to fly. She could attain any height at which she could still breathe (approximately 20,000 feet). She could use this power for about 2 hours before mental fatigue would force her to rest. Also fatigue poisons accumulated much slower in her body than that of a normal human, giving her a heightened "vitality."